A home unlocks the future for every person on the planet

It unlocks the way to security, an education and a livelihood. It is a place to come back to or work. A place to share stories, share food, share laughter and to have a good night’s rest. However, 1.6 billion people worldwide do not have such a home and many millions are displaced from the place they called home.

Homes are of no value, however, without community. It is in the building of micro and macro communities that cities can flourish and develop meaningful interaction and helpful contributions to make the world a better place for everyone to live.

This sphere is also where we see church leaders playing a vital part towards the strengthening of communities. 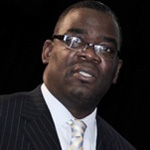 Revd Les Isaac is the founder and CEO of Ascension Trust.  His mission and vision is to train and develop individuals to serve their local community, city and the nations of the world.  He co-launched the innovative project known as Street Pastors which mobilises Christians to provide simple practical and pastoral help in city centres late at night.  He also launched a pilot School Pastors scheme in 2007.  Today there are 27 projects running within London, over 200+ projects in major cities, towns and villages within the UK, and the initiative is growing internationally. 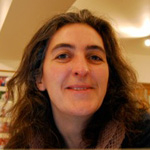 Catherine Kearney works as the hub manager for a project running peer-led parenting courses in several London boroughs. As part of her role she trains parents to become course facilitators in their local community and is a supervisor for these course. She has previously worked as a family support worker with offenders’ families. She has an MA in Children and Families Ministry. She is married with sons. She lived, with her family, in China for three years. 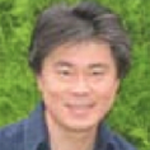 Ipeng Kiang is an architect with over 20 years experience in development, design and construction of new and existing properties for housing developers, social enterprises and community groups. He has just started his own practice after a long stint as a partner in a multi-disciplinary design and construction consultancy, working with many social landlords and local authorities. He is a founding member of Southwark Habitat for Humanity, an inner city housing charity that works with volunteers and businesses to provide and support affordable housing.