Simplicity in the workplaceComplexity in organisations: Knowing the difference between the good, the bad and the ugly

Know your sourceWhere could a City to City gathering or conversation lead?What would our cities look like if they were rooted in Christian values of love, grace and hope?How can we begin to affect the language, systems and culture of our society?The conspiracy of minorities

What do we mean by ‘conversation’?

Approaching the referendum decision: How do we relate to our neighbours?

Not all regeneration regenerates

God in the lab: Science and Christianity

Complexity in organisations can be both a curse and a blessing. Yet the traditional corporate has developed an extraordinary talent for encouraging complexity’s unhelpful side while discouraging the other. How do we differentiate between them in order to better position our organisations and their people? 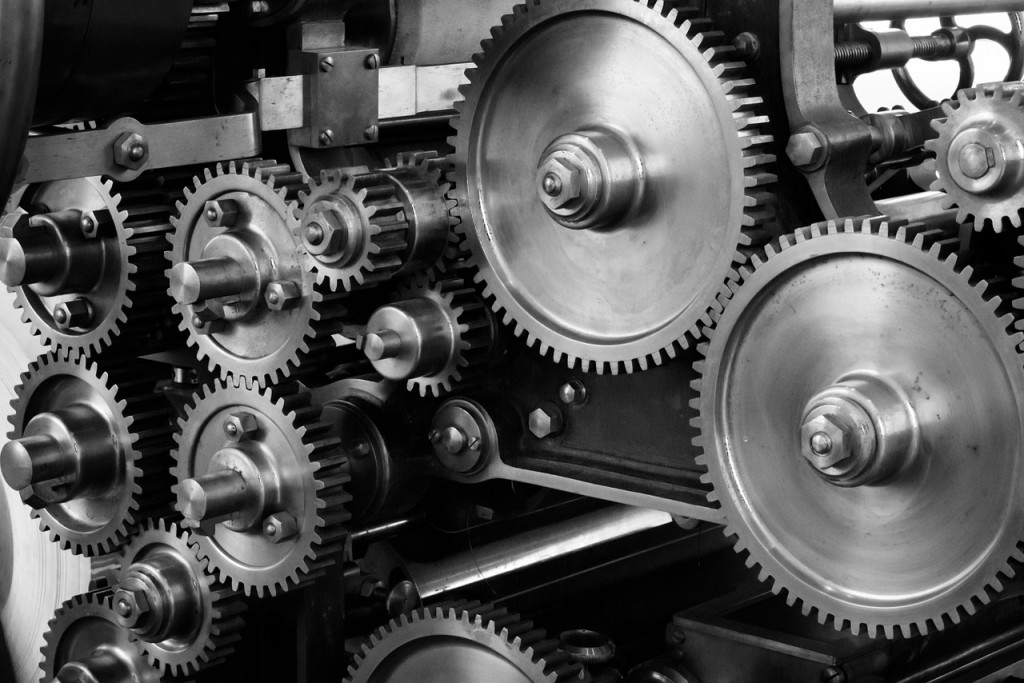 Whether we’re a child learning about the human body, a young adult in front of a nature documentary or an adult experiencing the variety that international cultures have to offer, our life experience is awash with the learning that complexity is intrinsic to our existence, growth, creativity and flourishing. Even from a purely scientific perspective, within the disciplines of biology and chemistry, complexity can be shown to be a source of progress and stability.

This complexity is most easily implemented in organisations through the pursuit of diversity. But, while important, this is not diversity for the sake of equality. This is diversity for the sake of survival. And neither is it about race or gender, but about thought, experience and worldview. Organisations, particularly large ones, will simply not last if they do not make this transition.

At the root of this organic, complexity-through-diversity thought is the assumption that humanity has an innate ability to self-organise and innovate. Thousands of years of history are on side here. Organisations that encourage this kind of relationship-driven, intrinsically motivated complexity are the future.

We can also understand complexity as the unnecessary accumulation of processes and systems, a complexity that clogs up the stream of thought and productivity that people would otherwise freely engage with.

Most of us will recognise this type of complexity in the processes and systems of the workplace. Or, to put that in reverse, how many solution-finding processes can we think of that are anything but? Equally, it could be argued that in the context of problem-solving, any given process must be able to justify its existence. Is it biased? Is it morale-sapping? Is it productive? But these standards are not as easy to achieve as you might expect. To reach the simplicity of a different system in which humanity can flourish, organisations must identify and address the bad and the ugly types of complexity, which inadvertently squeeze out relationship in the service of process.

Complex processes are worsened by the habit of drifting towards one-size fits all. As with many problems they start with good intentions. Then, as they develop (i.e. grow more complex) in an attempt to capture all potential risks and inputs, they increasingly squeeze out not only relationship, but thinking. Take the traditional consultancy model as an example. It is the norm for consultants – to their clients’ detriment – to sell the idea that they can walk in with a well-engineered, tightly manufactured process on Day 1 and start pumping people and information through it at speed like a well-oiled, solution-finding sausage machine. This is a dangerous illusion; one that stands in the way of long-term value creation.

Another driver of negative complexity is ego. The corporate system is full of highly educated, intelligent, gifted individuals; some of the most educated people that have ever existed. We in the corporate system have developed an unhelpful habit of using complex language and complex terminology.

Executive ego affects how people approach problem-solving. Who wants to be told, when they have invested years and (potentially) hundreds of thousands of dollars in growth and education that talking something through over lunch may be a better way forward than implementing complex models and analytics? Big money problems are more complex than small money ones, right? And more complex problems are in need of more complex solutions, right? Well, no. Or, at the very least, not necessarily. And don’t mistake me here, I’m grateful to be a product of some of the best education going, it has helped me immensely. But I have had to learn to keep it in proper perspective in the context of all the other ways life teaches us. I try to make sure that it does not own me. It is not my sole source of identity or differentiation.

The last complexity-related challenge I’m going to mention is the issue of measurement. While measurement is a useful tool that delivers very sensible, worthwhile and logical benefits if practised appropriately, measurement, as we know it, has spun out of control. Not only is it everywhere, it has reached an almost sacred status in organisations. The maxim ‘What gets measured gets done’ is frequently accepted with unquestioned loyalty. The consequence of this is that layer upon layer of complexity is added to systems in order to create something that can have measurable data attached to it. But what if the underlying assumption is flawed? Like a siren luring sailors to the rocks, what if measurement is not what it promises to be?

The biggest irony here is that everyone knows that the overwhelming proportion of corporate value actually lies in intangibles like ‘brand value’ – and intangibles are qualitative by their very nature! Not to mention that we get along just fine in life outside of work without a KPI round every corner.

All this negative complexity is not only creativity’s worst nightmare. It is a significant contributor to the widely reported anxiety epidemic sweeping our workplaces. Because, at its root is the illusory pursuit of control and an underlying assumption that is, fundamentally, a negative view of humanity.

This is best personified in the annual performance appraisal. Almost nothing in the working world sums up everything that is wrong with organisations like this ritual, a process that manages to encapsulate all of the above issues surrounding complexity. The worst of them are once a year, standardised, measurable, multi-purpose and mandatory. And, while all appraisals are not created equal, this still encompasses vast swathes of the appraisal landscape.

Let me provide just a few examples of why so many of the assumptions that underpin this process are not as straightforward as they may seem.

Assumption: One appraisal can do multiple tasks (complexity in action)
Problem: The tasks are counterproductive … pay vs feedback

Assumption: Feedback should be linked to the calendar
Problem: Feedback is needed when it’s needed

Assumption: They’re required by law
Problem: This is the exception, not the rule

Assumption: They’re needed to protect companies from employee legal action
Problem: They help employees in legal cases at least as much as they help employers

Assumption: The organisation and its management are responsible for employee feedback
Problem: This demonstrates disempowerment of the employee

Assumption: Linking pay to an appraisal process incentivises performance
Problem: Social science tells us the opposite unless it’s a menial task

As we can see, the annual performance appraisal is built upon a number of assumptions that, at their root, say an employee needs to be motivated, monitored and measured if they are to perform. But not only is that a flawed theory, it also adds a significant layer of complexity to the role of leadership in organisations, the human resource professionals who are responsible for ensuring the delivery of performance appraisals and the remuneration committees who link them to pay.

Organisations need to be more like an organism than a machine to stay innovative and agile, and that means that diversity rather than bureaucracy must shape their natural complexity. The good news is that there are ever proliferating ways to discover new ways of behaving as a corporate body.

For example, the US originated B Corp movement, which launched in the UK only last autumn to great success, continues to thrive, now with over 1,600 members globally. And in March of this year the Blueprint for Better Business movement attracted a host of large corporates to a sell out conference.  As a case in point, Blueprint exists to stimulate and energise positive behavioural change in business through the pursuit of purpose driven enterprise. This means ‘a commitment to deliver value through explicit purpose and the quality of the human relationships nurtured internally and externally’.

This cannot be achieved by behaving like a machine; after all, when an organisation aligns itself with a purpose that serves society and respects people, it is simply responding to the fact that it is, after all, just a collection of people. And people don’t long for one-size-fits-all complex routines, they long for relationship, personal relevance and to be given the trust and space provided by positive assumptions.